The Nonviolence Ministry of Our Lady of the Lake strives to imitate the nonviolent Jesus through education and working cooperatively.

Interested in participating in our efforts?  Join us at our next meeting.  Please email admin@olleuclid.org for more information.

Our vision is to reduce violence in our hearts, in our community, and in the world beyond.

Each year the International Day of Peace is observed on September 21. The General Assembly of the United Nations has declared this as a day devoted to strengthening the ideals of peace, both within and among all nations and peoples.
For 2022, the Nonviolence Ministry honored 22 people who have strived toward peace in our world.  All 22 peacemakers were displayed near the Peace Pole for a week.

In 2021, the Nonviolence Ministry repaired and added 6 languages to the Peace Pole that was once displayed at St. Christine's Church and arranged for it to placed near the side doors of Our Lady of the Lake Church.

In 2019, the Nonviolence Ministry folded more than 600 origami cranes and gave them to parishioners after Mass as a reminder to all to strive for peace within ourselves, our community, and our world.

Sadako Sasaki was two years old when the atomic bomb was dropped on her city of Hiroshima, Japan, on August 6, 1945. She wasn’t killed, but her grandmother and several friends were. As a young girl, she was an extremely fast runner. But at age 11, she collapsed after a race and was eventually admitted to the hospital where she learned that she had contracted leukemia from the radiation of the atomic bomb. A friend told her about the Japanese legend of the paper cranes. If you make 1,000 cranes, your deepest wish is granted. Since the crane is a symbol of long life, her friend thought if Sadako made 1,000, maybe she would be cured. Sadako worked for months, completing more than 600, but realized that she was dying. On her last crane (#644), she said she wanted to write “Peace” on its wings so that it would fly over the whole world telling children and adults everywhere to work for peace, so that no other child would have to die as she was.

Her classmates finished the 1,000 cranes and took a collection around Japan to build a 30-foot arch in the Peace Park in Hiroshima with a statue of Sadako on top, with a crane over her head. Children and adults all over the world continue to make the paper cranes as a symbol of their commitment to work for peace.

The Nonviolence Ministry hosted a household item drive at Our Lady of the Lake to create support packages for Afghan refugees who supported American personnel.  With the support of Our Lady of the Lake Parish and many others, we collected enough to support more than 30 individuals or 3 families!

More Information about the Project

With the U.S. withdrawal of troops from Afghanistan, thousands of our Afghan allies and their families have faced retaliation from the Taliban because of their support for our military. Many who assisted those troops were evacuated to military bases for their safety. Catholic Charities Office of Migration and Refugee Services (MRS) has begun welcoming Afghan refugees arriving here in Northeast Ohio from those military bases.

When these refugees arrive, they have no money, nowhere to stay and nothing to eat. MRS assists with housing, financial and legal aid, mentoring, employment and more. Parishes have been asked to support the work of our MRS office by organizing donations of specifically needed household items for the resettlement of Afghan refugees arriving in our area.

We met in a small group to pray together, read books and watch videos, and have meaningful conversations around how we can seek racial justice in our communities. 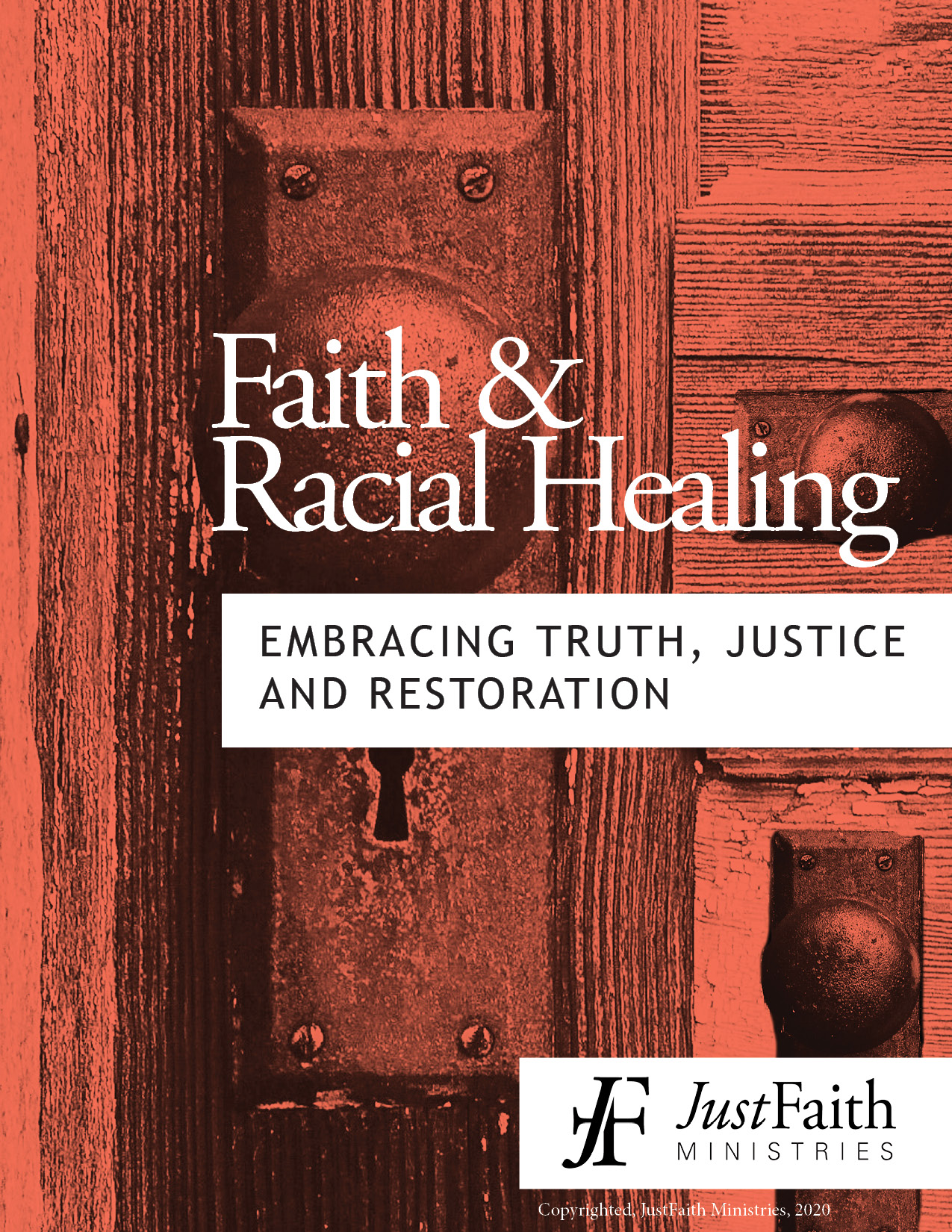 The program is designed for small groups of 8 – 12 and explores some of the central questions related to nonviolent responses to violence.

Contact Kathy Benda at the rectory if you are interested in joining us the next time the course is offered.